Dmitry Tymchuk, Head of the Center for Military and Political Research, Coordinator of the Information Resistance group, Member of Parliament (People’s Front)
03.08.2015
Translated and edited by Voices of Ukraine

Against a background of demonstrative activity [pulling out heavy weapons] by Russian-terrorist troops near Mariupol, an active process of forming [enemy] strike groups continues north of this area (Novohryhorivka–Hranytne), as well as in the vicinity of Horlivka. To date, the enemy has practically finished the regrouping and concentration of troops in the starting areas, and the creation of strike groups.

In particular, Russian-terrorist forces numbering no less than 3,500 people are currently gathered near Horlivka; they are supported by two armored groups that constitute a tactical reserve, as well as artillery groups. Overall, the armored groups include about 35 tanks and 55 AFVs. The artillery groups include 24 units of cannon artillery (D-30 howitzers), 16 MLRS units (including 3 units of 9K58 “Smerch”).

An active transfer of forces and equipment is currently underway in areas south of Donetsk, from the settlements of Stepne to Hranytne. In particular, the arrival of up to 500 mercenaries and 22 tanks has been observed through Amvrosiivka.

The Russian-terrorist forces’ command is attempting to create superiority in manpower and military equipment in certain areas. The enemy consolidated a formation numbering over 2,500 people in the direction of Donetsk (the vicinity of Mariinka–Donetsk). The arrival of 20 tanks has been recorded near Pisky. In this stretch, the insurgents have managed to put in place a unified delivery system of material and technical resources to the front lines.

In the vicinity of Novoazovsk (the settlement of Shyrokyne), the enemy persistently tries to break through the flanks in the rear of the Ukrainian units holding defenses.

In the Alchevsk–Pervomaisk direction, the command of Russian-terrorist troops is currently reinforcing its strike group with mortar and artillery units (allegedly “pulled out” from the buffer zone – in particular, the “return” of at least two artillery batteries has been observed in the area).

Some of the so-called “Cossacks,” [that were] “eliminated” in the south of Luhansk region (Antratsyt, Chervonyi Luch, Rovenky) (a total of about 400 people), are gathered in the vicinity of Perevalsk and are intensively preparing the village to repel an assault. The formation includes 8 tanks, 5-6 ACVs, 11 army trucks, 7 mortars of 120mm-caliber.

Conflict among local insurgents is escalating on the seaside direction. Former convicts and former Ukrainian policemen have found themselves to be part of the “DNR” together; the relationship between them is extremely tense. 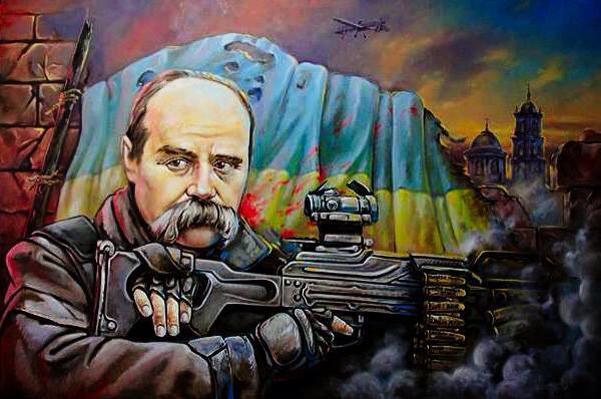