Nadiya Savchenko offers Putin: If you leave Ukraine alone, you can shoot away at me for your own joy

By Obozrevatel.com [The Observer]
12.23.2014
Translated and edited by Voices of Ukraine

Ukraine’s number 1 captive in Russia, aviatrix and MP, Nadiya Savchenko described what she thinks about her illegal detention, which is supported by Russian civil servants and, in particular, Russian President Vladimir Putin. 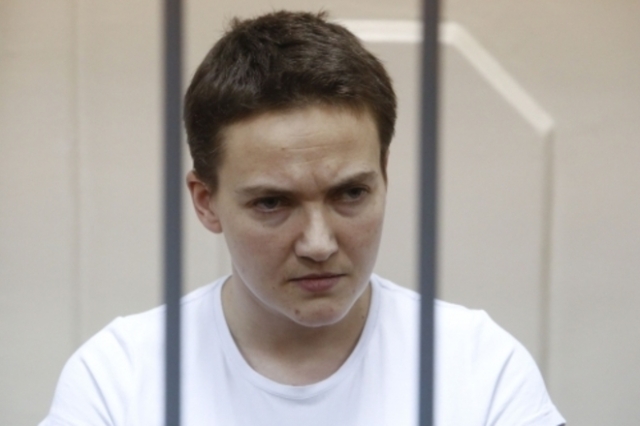 “They are holding not only me, but many more Ukrainians. If they release the other abducted Ukrainians, take their hands off of Crimea and Ukraine, then they can shoot away at me in public for the joy of it” – Savchenko wrote in her first written interview from jail in Moscow, UNIAN reports.

“Ukraine has never been of less worth than Russia. We were, we are, we will be Ukraine and Ukrainians! We have our own history, culture and identity. There is no need to humiliate us, to call us ‘Little Russians,’ ‘Novorossiya.’ We – are Ukrainians, we – are Ukraine! We are not your ‘little brothers,’ we are your equals,”– stressed Savchenko.

As was reported by Obozrevatel, Savchenko said that she is not to blame for the death of Russian reporters. They were killed by “separatists,” which Russia itself supports and sponsors.

Let’s recall that Ukrainian aviatrix Nadiya Savchenko was kidnapped by terrorists back in June of 2014. In July, Savchenko turned up in jail in Voronezh. She is charged with complicity in the murder of Russian journalists.

Savchenko’s lawyers have already presented to the court an entire package of exculpatory evidence on the pilot, in particular, the testimony of participants in the events in eastern Ukraine, but Russia does not want to recognize the innocence of this Ukrainian woman. In addition, the court forced the prisoner on a hunger strike to get basic treatment for otitis media (medical care is not being provided), which can lead to serious health consequences for the defendant.

2 Responses to Nadiya Savchenko offers Putin: If you leave Ukraine alone, you can shoot away at me for your own joy