Dmitry Tymchuk, Head of the Center for Military and Political Research, Coordinator of the Information Resistance group, Member of Parliament (People’s Front)
12.09.2014
Translated and edited by Voices of Ukraine

Intense repairs of the terrorists’ military equipment, which had been shot and damaged in battle, continues in Donetsk, organized with the assistance of specialists arriving from Russia. A minimum of three repair sites have been established on the facilities of industrial companies within city limits. Up to 15 units of equipment are currently being repaired there.

The Russian-terrorist unit concentrated near Yasynuvata incurred casualties and loss of armored vehicles during their latest unsuccessful assaults on the positions of Ukrainian troops in the direction of Avdiivka. Specifically, the enemy’s principal losses in this area were registered as a result of firing strikes by Ukrainian artillery on the insurgents’ original line. During 2 days, up to 5 terrorist tanks were shot and destroyed. The enemy organized for partial evacuation of damaged equipment (up to 3 tanks) from the battlefield, and for its repair, employing the capacities of local machine-building companies.

In spite of these losses, yesterday (December 8), the above enemy formation made two attempted assaults on the positions of Ukrainian troops near Avdiivka. The insurgents also shelled a number of towns in this area (Avdiivka, Khimik, Yubileynyy). The attack of the Russian-terrorist forces was stopped and repelled, both by [Ukrainian] artillery and by the fire of Ukrainian units at the front positions.

Clashes continue in the area of Nikishyne. Concentrated in this direction are mainly so-called “Cossack” formations (up to 300 insurgents, combined into two main task groups, and a number of small gangs). The enemy’s attack force includes infantry supported by armored vehicles (including up to 4 tanks). They are also supported by an artillery group (which includes cannon artillery and multiple rocket launcher systems) that “wanders” between several pre-equipped positions to the south of Rozsypne.

Intense firefights continue between Ukrainian artillery and artillery units of the insurgents near the “gullet” of the Debaltseve foothold. In particular, the enemy delivers artillery fire from the outskirts of Pervomaisk and from an area to the northwest of Horlivka.

According to our reports, Ukrainian artillery brought heavy fire down on one of the insurgents’ artillery units near Horlivka, destroying at least 2 Uragan multiple rocket launcher systems, 2 D-30 howitzers, and 4 ammunition trucks. There are also multiple casualties among the enemy artillery men. 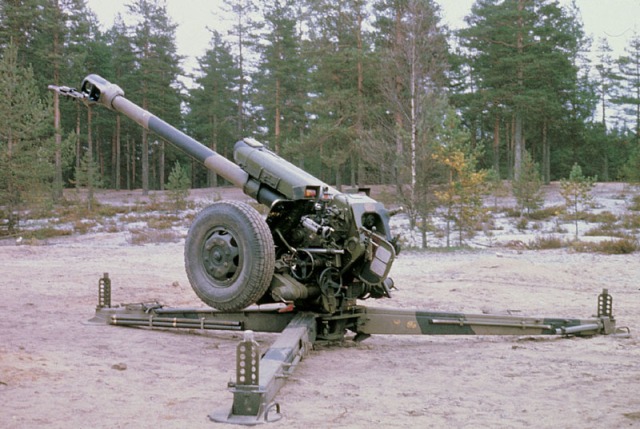 To the northwest and west of Horlivka, the two sides continue intense counter-battery fighting, which includes, among others, multiple rocket launcher systems. The enemy artillery group that operates as part of the Horlivka unit and attempts to deliver regular firing strikes on the positions of Ukrainian troops in the Dzerzhynsk direction has been reportedly reinforced. After the losses suffered in counter-battery battles with Ukrainian artillery, this artillery group is being replenished – we received reports of a 6-gun cannon artillery system, equipped with 152 mm Msta-B howitzers.

In Antratsyt, the enemy organized the forward point for the delivery and “distribution” of destroyed local insurgents, mercenaries, and Russian military servicemen. According to the data of the IR group, the majority of dead bodies delivered to this point belong to the local so-called “militia.”