“Cold and indifference envelop us.” ATO volunteer about life in a field camp. PHOTOS

Posted on November 8, 2014 by Maria Stanislav

By Oleksiy Hirenko
10.31.2014
Translated and edited by Voices of Ukraine

“Are you alive?”
“Did you get hit?”
After my previous letter, almost all of the messages from my friends contained questions like that. I can announce with all certainty that I am alive, and in all probability, fully legitimate, because after that last letter, none of the people with stars on their shoulders addressed me, and neither did anyone from outside the army hierarchy. The only new thing that came to our camp is the cold. Everything else remains unchanged.

As before, we do guard detail, hold cordons, go on duty, stoke the stove in the officers’ tent, take out the rubbish… too bad that we have virtually no time left to fix the equipment, which, in theory, we are supposed to use to go to the ATO zone. Weather conditions are making this [the repairs] more difficult, too. Maybe wasting time is the only activity they could assign us all.

At times, we feel like we are a hobby club that went hiking and camping, but then something went wrong, and now we are isolated from civilization and left to our own devices. The only thing we are required to do to avoid getting stuck at this level forever is to obey the orders of the big little people with stars on their shoulders, and create comfortable living conditions for them. It is like a simple game. Playing soldiers. 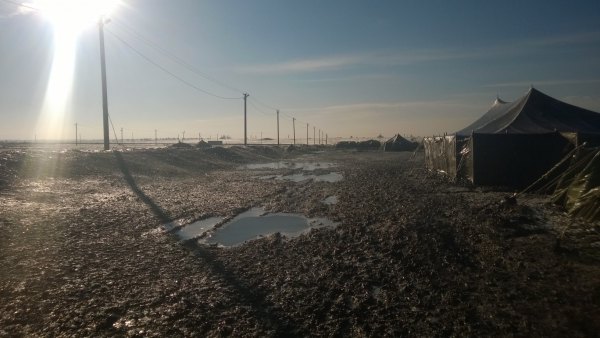 Our nights turned freezing, but the camp leadership remains deaf even to requests as simple as a second stove. We get no winter footwear, probably because frosts have not been included in this year’s plans. Almost all troubles with the army kitchen have been solved, as our relatives took it upon ourselves to feed us, and send us parcels at enviably regular intervals. Plus, since some of us had to serve in the kitchen, the wish to eat the army food served here has disappeared. After a day of army activities we sleep well, but not for long. The sweetness of sleep tends to evaporate when you can feel the steam of your own breath, and when your hands turn to ice, even as you keep them in the pockets of your pea jacket (it is best to keep it on for the night). This is because it gets warmer during the day here, even with wind and regular rain, but at night, all that water on the tents starts to freeze, and a single stove is not enough to combat this (and we are not worthy of a second one). The luckier ones have sleeping bags, but rest assured that even in those, they keep all their clothes on. Unfortunately, only half [of us] have sleeping bags; they are not covered by regulations. 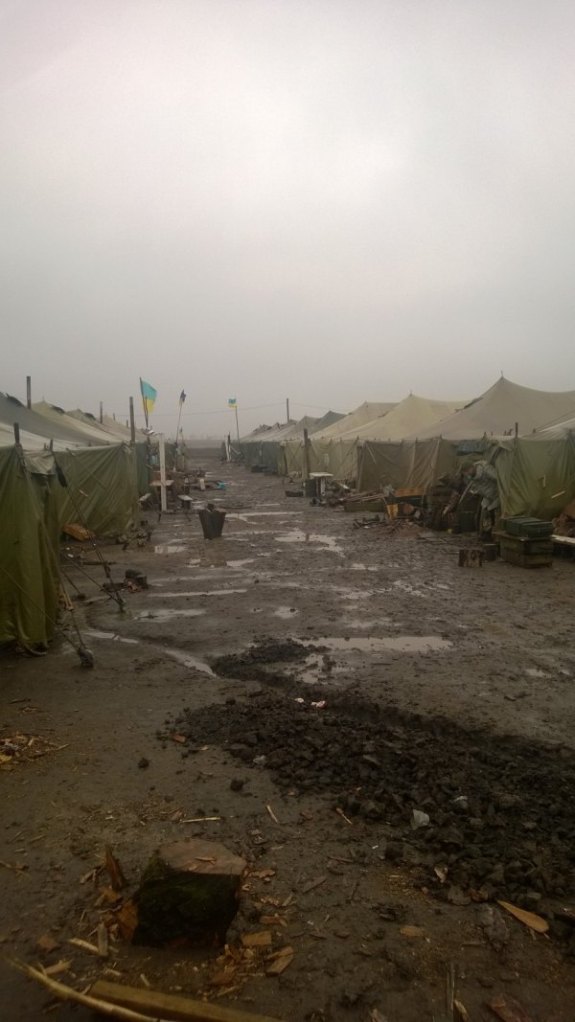 Most of us have not been paid even once, but we are all still alive and prepared to serve our country. Two months without allowance is hardly a problem for a true patriot, right?

Two weeks before October 26, 2014, they collected our information so we could vote for the new parliament. About 30 percent of us, including me, were not able to participate in the elections; we were told that “our information did not match the records, or was not received from the regional election commissions at our [place of] residence.” It is ironic that a year ago, and before that, I could exercise my constitutional right to vote, without any problems, even if I was abroad, but now, serving my country [in the army], where everything must be clear and organized, I was not able to [vote].

One of the most important things you gain in the army, in addition to dandruff and constant colds, is friendship. Sometimes I am surprised at how sympathetic and understanding we have become. This readiness to help is very impressive; it inspires and nourishes us! We have changed here. Maybe this is the community spirit that I had once dreamed of finding among my compatriots.

As before, we keep filing reports asking to be transferred to the ATO zone; as before, we wait for the time when we can be of use to our country, when they send us somewhere from there – either to the front or anywhere else where we might be of some use.

In the evenings, after the daily army absurdity, pointlessness, and brutishness, the cold comes, enveloping and freezing over each tent. Together, this freezing cold and freezing indifference wrap around our encampment so strongly that you often see doom and gloom in the eyes of people around you. Some kind of decisive despair sinks into all of us late at night… But in that pleasant moment when the sun shines on our encampment again, this shroud lifts, and it is almost as if everything is as it should be. 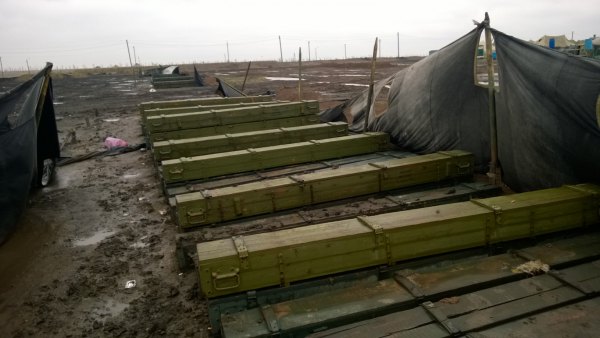 But one day, this shroud might not lift again, and a chronic freeze will set in, freezing up everything and everyone… I really wish that this does not happen, because as the abomination that permeates the army perishes, it might take down with it not only the thing that cultivated the abomination, but also the very thing, the very reason for which we are here. Let God grant us the wisdom and courage not to let this happen.

But today, my friends I ask you one thing: help each other, because there are those whom we can no longer help…

As Evil conquered,
Good had hope,
Deep at the bottom of its heart,
That in the end, Evil is ignorant,
That you need only make it through the night,
And that the fight was not for nothing,
Because even Evil gets tired…
While Evil’s driving force
Is the very existence of Good.

2 Responses to “Cold and indifference envelop us.” ATO volunteer about life in a field camp. PHOTOS