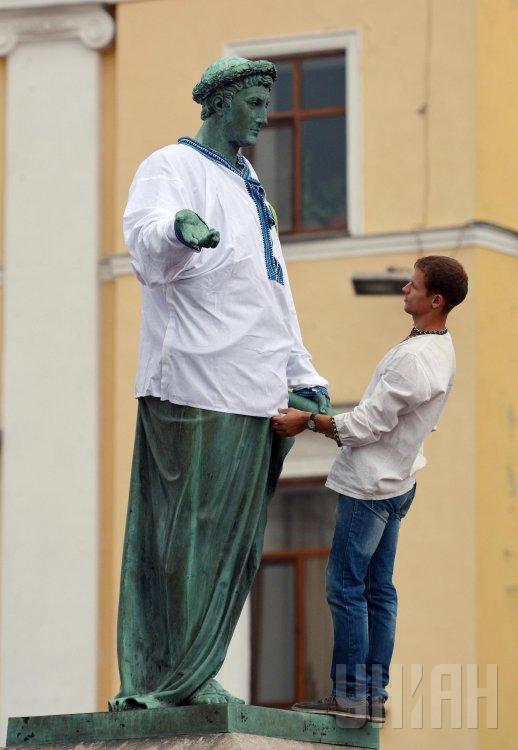 Dressing the statue of Duc de Richelieu, the main symbol of Odessa, in a traditional Ukrainian vyshyvanka [embroidered shirt] 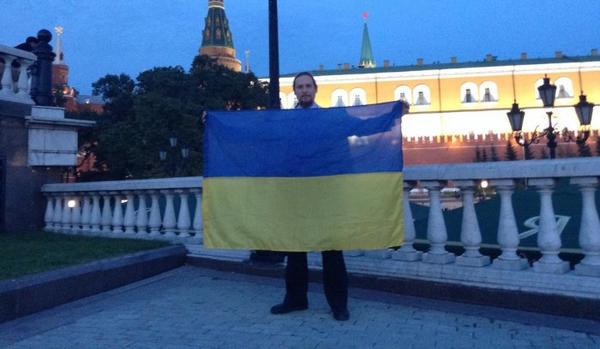 Our beloved Mustang Wanted celebrates with us from atop Moscow State University! 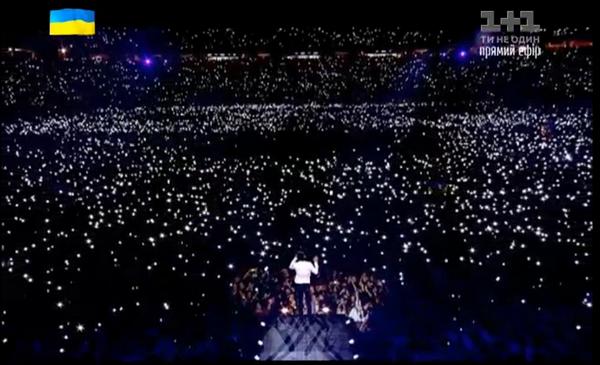 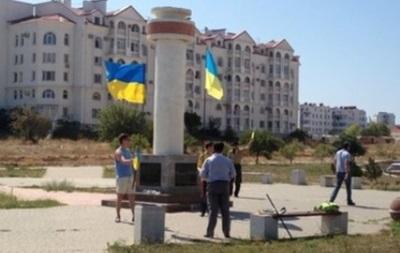 The organizer of the rally in occupied Sevastopol was detained 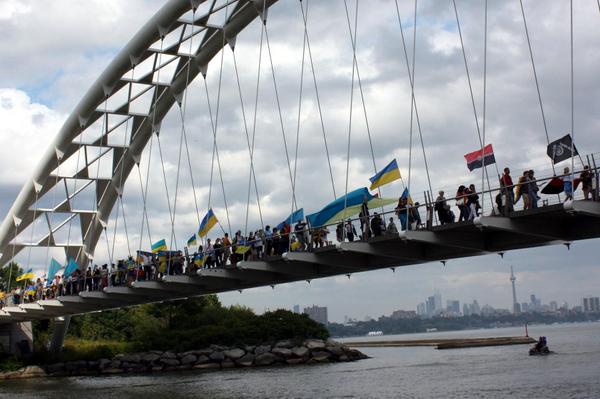 Parade at Toronto, Canada’s lakeside waterfront with CN Tower in the background

Celebrating with what one has at hand in Deux-Montagnes, Quebec! 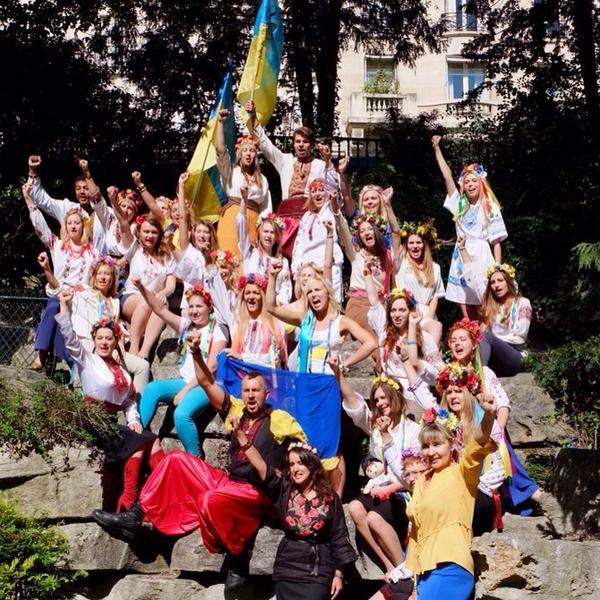 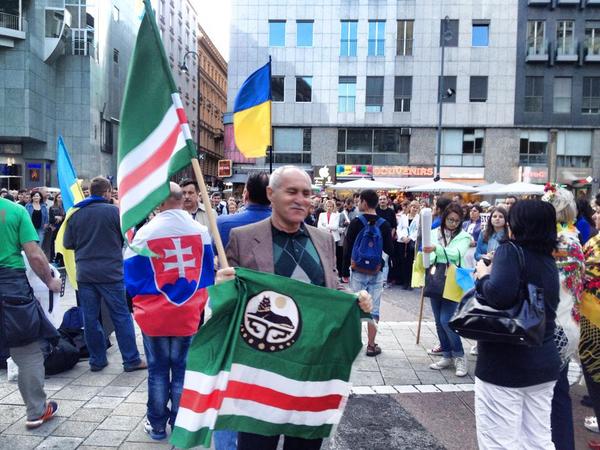 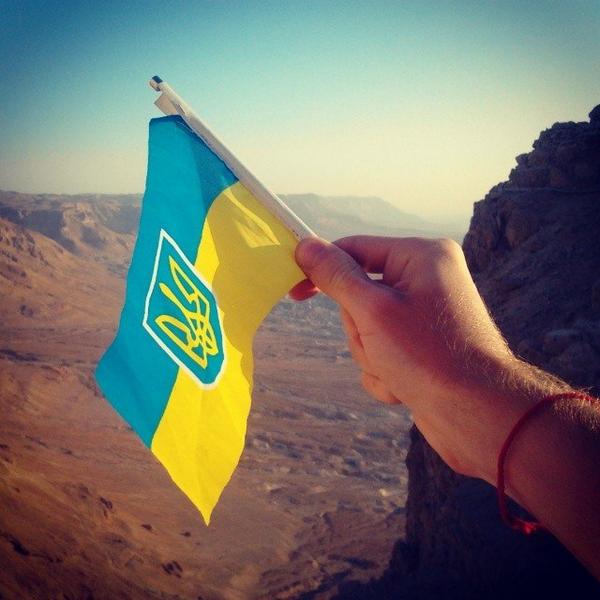 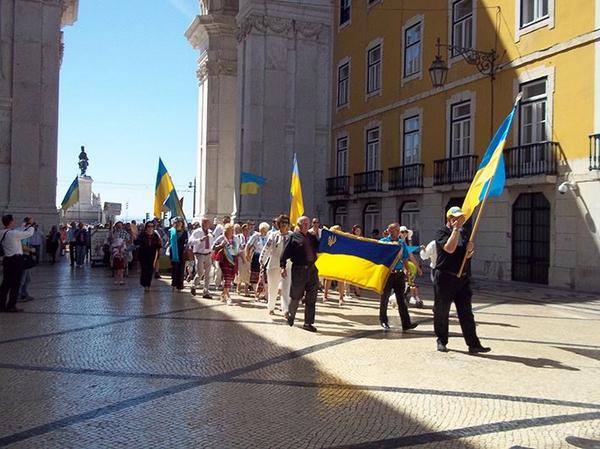 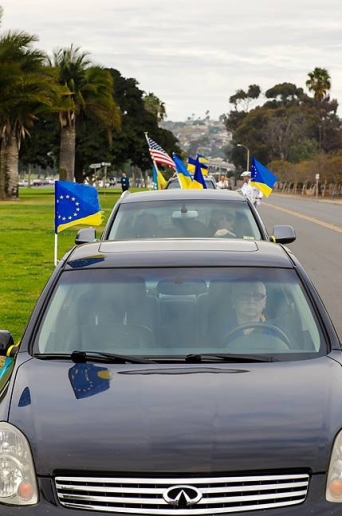 Bandurists Kobzarska Sich in the village of Emlenton, Pennsylvania State, USA, perform a patriotic song “For Ukraine” to commemorate the 23rd anniversary of the Independence of Ukraine. Members of the choir came together from different parts of North America, Chicago, Detroit, Cleveland, Pittsburgh, New York, Hartford, Toronto, etc. (video): 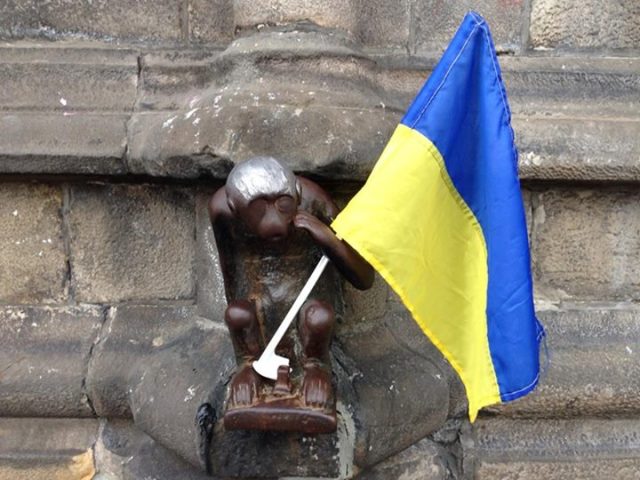 Rio de Janeiro, Brazil’s Christ the Redeemer statue in the colors of the Ukrainian flag (video):

and Curitiba, which has the largest diaspora in Brazil (video):
http://g1.globo.com/pr/parana/bom-dia-pr/videos/t/edicoes/v/parque-tingui-foi-palco-de-festa-da-comunidade-ucraniana/3585244/

The Pope led a Hail Mary for peace in Ukraine on its Independence Day. “My thoughts go in a particular way to the beloved land of Ukraine…” the Pope said, “to all its sons and daughters, to their yearning for peace and tranquility, threatened by a situation of tension and conflict that continues unabated, causing so much suffering among the population.”

The Holy Father also appealed for prayer for Ukraine: “Let us entrust the whole nation to the Lord Jesus and to the Madonna, and let us pray together above all for the victims, their families, and all those who suffer.”

Departing from his prepared remarks, Pope Francis spoke of a letter he received from a Ukrainian bishop, recounting the sufferings of the people of Ukraine. “Let us pray together to the Madonna for this beloved land of Ukraine, on its Independence Day,” he said, and lead the faithful in praying the “Hail Mary,” concluding, “Mary, Queen of Peace, pray for us.”

Pope Francis is pictured during his weekly Angelus prayer Aug. 24 from his window overlooking St. Peter’s Square at the Vatican. (CNS/EPA)

The Military Parade in Kyiv on Independence Day in Ukraine (full video): 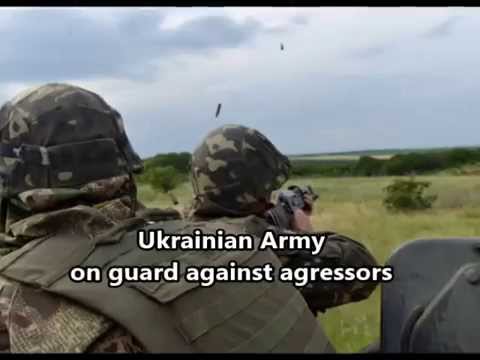 If we missed your Ukrainian Independence Day celebration photos, wherever you are in the world, send them to us with info on the event and where it took place and we will add to this post!