1. The provocation with Russia’s “humanitarian convoy” continues. Reaching the border with Ukraine, across from the border area controlled by terrorists, the convoy that is accompanied by the Russian military and army aviation, stopped to await further schizophrenic instructions by the Kremlin.

[This] immediately raised the question: if the “accompanying” Russian army units aren’t even going to shove into Donbas, then from whom was it necessary to protect the convoy on the territory of the Russian Federation [RF]?

Kyiv has officially stated that during any attempt to enter Ukraine, the convoy will be blocked by any means possible. Whether this warning will stop the Russians or not–is unknown. But it is clear that, at the moment, Putin is using his convoy for exactly the same purpose as the armadas [used] their troops at our borders, which are stuck here from the end of February. Namely, to apply constant and exhausting pressure on Ukraine.

Nowadays, it isn’t [politically] correct to name an opponent a respresentative of a sexual minority. But if I can somehow, in this situation, characterize Putin, Lavrov, Shoigu and the rest of the Kremlin’s pack, I only have definitions in this kind of obscene language format, i.e. cusswords.

2. While in occupied Crimea, Putin announced that even though he used the army to seize Crimea, this was not an annexation. He said it straight, “there was no annexation of Crimea, there is no annexation.” Like, the local Russians very much wanted to join the RF, he merely “helped” them with the bayonets of his military.

He already talked about this before. But I catch myself thinking that [while] listening to Putin, I get this impression that he is like a parrot stupidly repeating Hitler’s words about the annexation of the Sudetenland–before the occupation of the whole of Czechoslovakia and then most of Europe. Obviously, Russia urgently needs to rewrite history–for her, Hitler cannot be a negative individual, since Russia’s current Fuhrer repeats the rhetoric and actions of the untimely deceased Adolf Aloisovich to a tee [Ed. Note: play on a patronymic ending for Alois, Hitler’s father].

By the way, Hitler, just as Putin now, was also irresistibly drawn to inspect the conquered lands. [They] even built an encampment headquarters for him near Vinnytsia–you can go and look at its ruins. It is also well known what happened to the Fuhrer himself. I don’t think a different fate awaits the current one.

3. The same maniac Putin has began to frighten the world today. He announced that he would give the Russian army such weapons, which no one else has–adding that it related to the “field of strategic offensive weapons and nuclear deterrents.”

To scare the whole planet at the same time–does not come from a great mind. In history, as we know, there were such personalities, but they didn’t end up very well (see para. 2).

But it’s a good message to the international community to join [their] forces against a common threat. As they say, with the world on a thread–it’s a straitjacket for Putin.

1. The past 24 hours were marked by combat activities for the ATO forces in very difficult circumstances, but they have led to positive results, and this is important.

Our troops have entered the area of the settlement of Novosvitlivka and Khryashchuvate and got entrenched here. According to our information, it would be premature to talk about the full control of these settlements, unfortunately.

But fire control is established over a portion of the M-04 highway, which connects Luhansk with the rest of the area, where the “LNR” [Luhansk People’s Republic] insurgents are still frolicking around, as well as through Krasnodon and Izvaryne, leading to Russia. Previously, the section of the route N21, which connects Donetsk with Luhansk Oblast, was taken under control.

Therefore, Donetsk is blocked and Luhansk is almost blocked. Liberation of these cities is a matter of time. After which, the kids from the “DNR” [Donetsk People’s Republic] and “LNR” will obviously have to change their names–for example, to the “Zuivka People’s Republic” in Donetsk Oblast, and the “Empire of the Village of Yashchykove” in Luhansk Oblast. For that very short period of time they will still exist.

2. The Verkhovna Rada [Ukraine’s Parliament] adopted the bill on sanctions and, in its first reading–the bill on the “cleansing” of government, i.e. lustration.

The law on sanctions was considerably amended, by deleting the resonating provisions (e.g., on ending TV coverage and closing of the media, leaving these powers to the courts). If this law is to work (and this depends on the NSDC [National Security and Defense Council]), it has the capacity to become a good tool in the national security system, which we will have to build, if not from scratch, then somewhere close to it.

The lustration law–this is what Ukraine has been waiting for, ever since Maidan. However, it is necessary to study the text of the bill (it is located at this address on the Parliament’s website [in Ukrainian])–a considerable responsibility for lustration is put on the shoulders of the officials themselves, who must check on each other. I am sure that if the public doesn’t get actively involved in this process, we can get, to put it mildly, not exactly the results that we are hoping for. However, civilian control over lustration is included into the bill–the only question is what it will look like in practice.

3. Convoys of trucks carrying humanitarian aid to Luhansk Oblast left from Kyiv, Kharkiv and Dnipropetrovsk. There, the cargo will be distributed to the Red Cross representatives for delivery to the recipients–the local population, who have become hostages on the territory controlled by terrorists.

Will the insurgents give [them] an opportunity to help the civilian population–is unknown. But the fact is that Ukraine remembers its citizens and tries to help as it can. 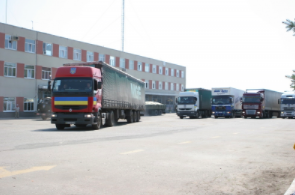 4. In Kyiv, the military parade rehearsals in honor of Independence Day, August 24, are underway.

There is a debate: who needs a parade, when Ukraine is de facto at war? I am personally convinced that it is needed. A parade during such a time is a powerful message to our own people, who see a force capable of protecting them. [It is also a message to] the main enemy, who is still secretly trampling our land in Donbas, but is ready for an open jump, that is, to Russia.

For example, the air defense systems that will be used at the parade–are a message clearly not intended for the terrorists, who have no aircraft. They are a message to Putin. Whether or not it will work–is certainly a [good] question. But for a country that is ready to defend itself, a demonstration of this readiness will definitely not be superfluous.