Lysychansk: do you know what it is to turn gray at five and a half years old?

Posted on August 2, 2014 by chervonaruta 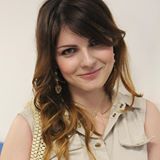 By Khrystyna Bondarenko, Editor-in-Chief at 5.ua
Channel 5  07.27.2014
Translated and edited by Voices of Ukraine

And do you know what it is to turn gray at five and a half years old?

Yes, terrorist-assholes, Sasha [diminutive from Oleksandr] turned gray after you shot him in the back and shouted, “look what a speedy kid.” The boy did not speak for seven days. Today is only the second day since he started talking again: about the parrot Kesha, who turned deaf, and about guinea pig Dasha, who started biting him hard. [They] did not have time to take the animals with them to the basement and the little boy was very worried about them. 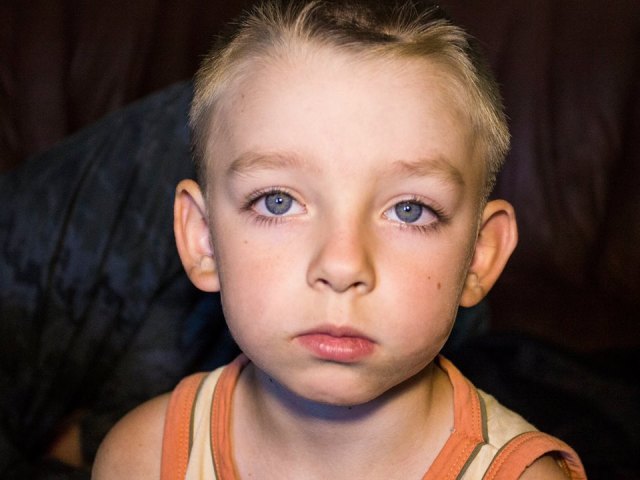 The guys from the National Guard now live in Sasha’s apartment. And at the neighbors’ [apartment], too. Unlike most of the locals, who, by the way, first take the bread from our soldiers, and then curse them, stepping a meter way, Sasha’s parents decided to set up a National Guard headquarters in their yard and apartment. And now, there is a machine gun next to the bathroom door by the bathrobes. But they don’t mind this, not at all. Nor do they care that instead of flowerpots, there are now sandbags on the windowsills. And several soldiers sleep on a sofa bed. And they generally don’t care how their abode looks now–most importantly, they still have it. Many [people] are left with broken walls and wall carpets pitted with gunfire instead of their old apartments. Terrorists set up their positions directly in the yards, specifically making people their targets. 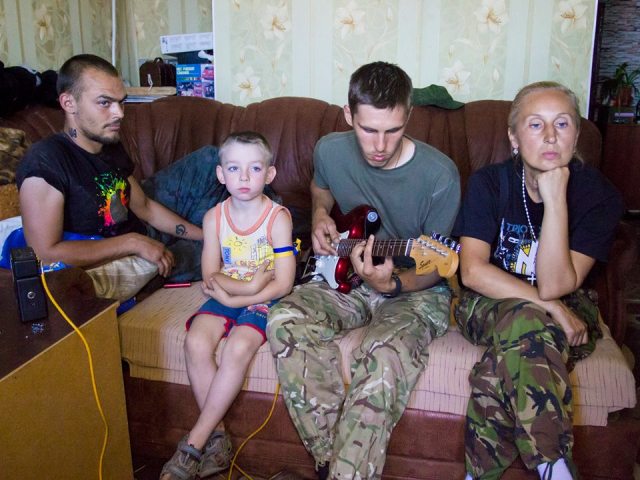 …And Sasha was rescued from his gray hair by his new best friend–a soldier in the National Guard. It is thanks to him that the little boy started speaking again. He was the one who offered to replace the [boy’s] stylish gray haircut with a shaved head. 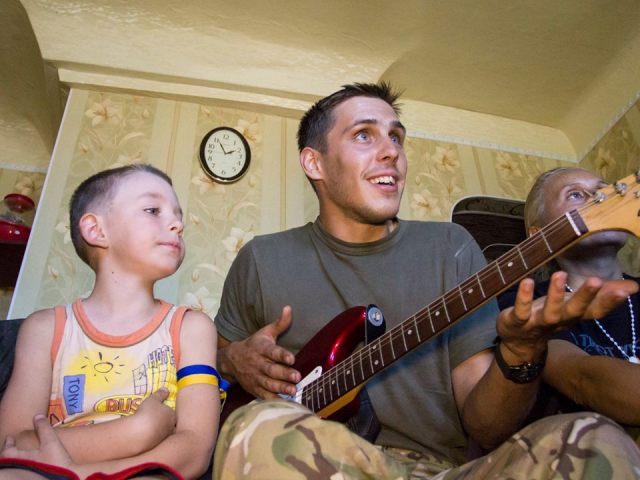 Liberated Lysychansk–Sasha sings along with soldiers:

But another problem has arisen–when Sasha sits on your lap, you notice the short hairs on his clothing–his hair has started to fall out. Sasha’s mom is pregnant. She hardly cries anymore. She has gotten used to [the situation]…

Lysychansk is gradually coming back to life. But it is very painful. People here are still fighting over bread. You can’t even imagine what a horrible sight it is. Separatists robbed all the stores in town.

Incidentally, Sasha now says, “Glory to Ukraine” on goodbye. He holds his mom by the hand–proudly just like a man–and then, looking into the camera, he says so reassuringly, “It’s not scary, don’t be afraid, now we will be alright.”

P.S.: We are working on a film about people who are learning to live without war. Short stories are only a part of this project. 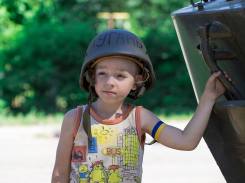 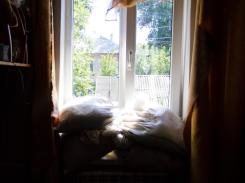 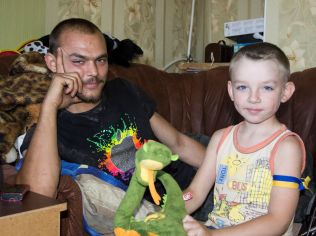 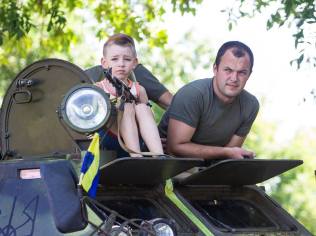 4 Responses to Lysychansk: do you know what it is to turn gray at five and a half years old?