Life in the Hotspot. Two Truths About Sloviansk

Sloviansk is not only the hottest spot in Ukraine, but in Europe today. We have talked to the local citizens who told us about the events in this city and its suburbs.
Both of our informants are called Oksana, they evaluate what is happening in their mother city differently, but they do agree on one thing – Sloviansk is weary of war and all the people are waiting for it to end. 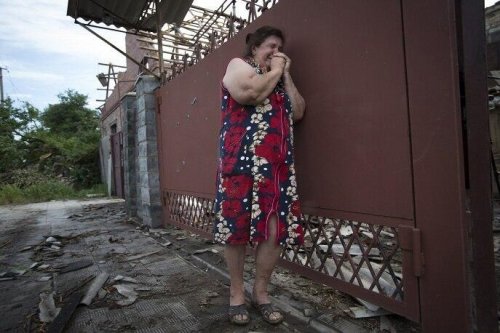 According to one of the women, the people here are tired of bombings, as, from her words, they are dropping bombs day and night. The woman is sure that this is done by the National Guard. According to her, there are already 10 ruined houses in the city. “A woman went to her daughter’s for the night. She came back and her house had been…