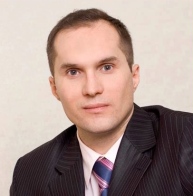 A foreign diplomat asked me a very simple and seemingly naive question, “What’s the problem in Ukraine? Which leaders are competent and which are incompetent?

“In Ukraine, there are public officials, but no staff.

In Ukraine, there are state administrations, but no state institutions.

In Ukraine, it’s dangerous to be free, but being free is the only way to survive in Ukraine.

In Ukraine, there is no state, but a free territory between Europe and Asia, which has a chance to become a real, full-fledged power, under pressure from Putin, the IMF and financial ranking agencies.

In Ukraine, there is no army, but there are protectors of Ukraine.

In Ukraine, there is only one truly acting branch of [government] power – the government of likes and reposts.

In Ukraine, reforms are possible – but only when the number of reformers exceeds that of those needing to be reformed.

Then, he asked me, “How can you speed up the reforms?”

I said, “Reforms will speed up when all reformers become better organized, educated, interconnected, and, obviously, better armed…”