Posted on February 19, 2014 by chornajuravka

On Sunday, 16 February 2014, when the barricades in Hrushevkiy Street were being cleared in Kyiv, journalists had the first opportunity to climb up to the hill across from the Cabinet of Ministers building where the Berkut riot police had been positioned. They saw what they had expected: shell casings from ammunition made in Poland, Germany, the United States, and the Czech Republic for .12 caliber rifles. Some of these were live ammunition shells.

This was relayed by Polish journalist Piotr Andrusieczko. “Right near the barricade, but on the Berkut side of it, there were unexploded petards and Molotov cocktails. But far more interesting were piles of shell casings from the ammunition used by Berkut during the fighting on Hrushevskiy Street. The discovered quantities (hundreds, if not thousands of them) testify to the scope of weapons use,”  the journalist wrote in Nowa Europa Wschodnia. 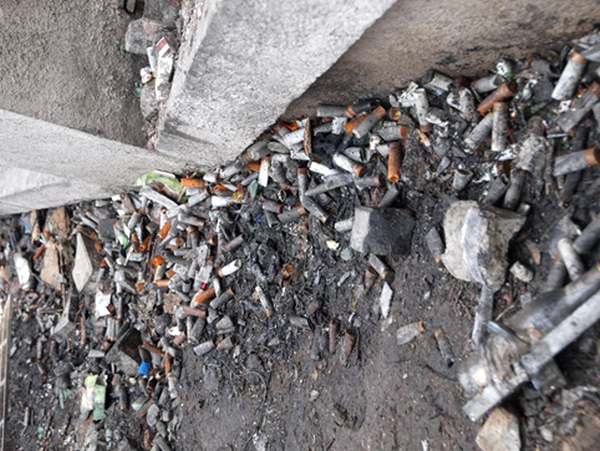 In total, journalists discovered four types of ammunition, each a different color,  in places where the Berkut had been stationed, all of which were produced abroad. 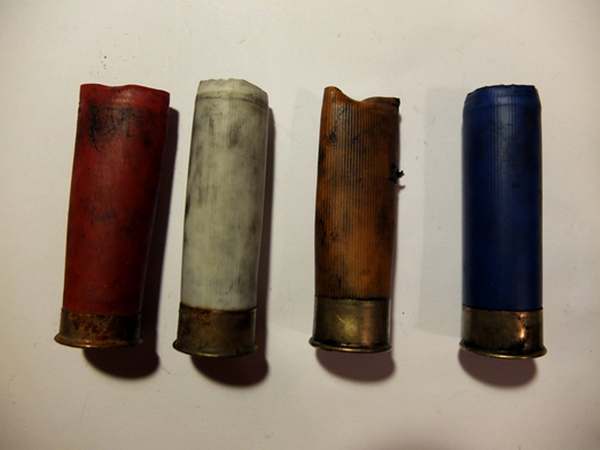 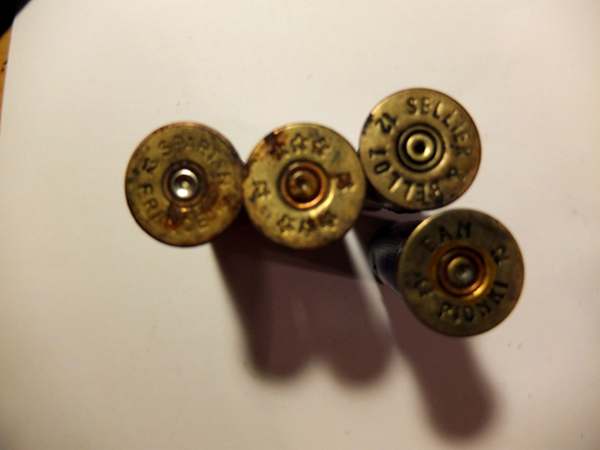 Red casings are from shells produced by the French manufacturer Spartan. The orange ones are from the Czech manufacturer Sellier & Bellot. The white ones didn’t have any markings, but journalists from the US determined that they were manufactured in the USA. Blue shells were made in Poland by FAM Poinki. “And here’s the most important part: the blue shells are displayed on [the website of] FAM Pionki among the ammunition in a section  entitled ‘Special Armament – Live Ammunition.’They are marked LFT-6.8 (.12 calibre). Each shell contains 12 lead pellets,” writes Andrusieczko. 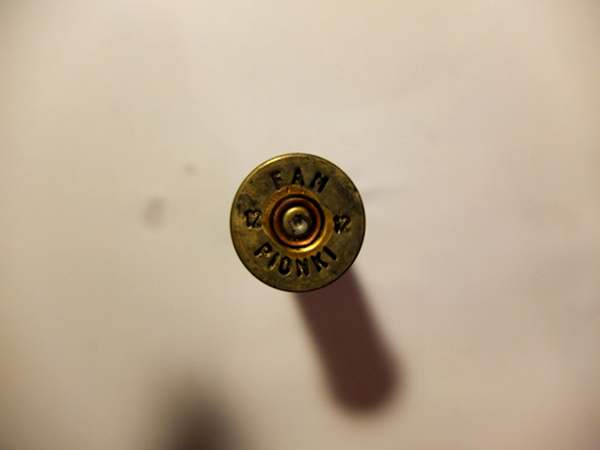 The company website doesn’t specify the intended use of these rounds. At the same time, the caliber indicates that they are not the type of the pellets commonly used to hunt game (e.g. wild ducks), but are in fact powerful buckshot. Buckshot is used to hunt wolves, bobcats, deer, elk, and small- and medium-sized wild boars. In light of these findings, the Polish journalist is asking a number of important questions:

It is important to note that the journalist is asking questions that could (and should) have been answered long ago by the Office of the Prosecutor General of Ukraine. But the answers were never provided. Recall, however, how the Ministry of Internal Affairs issued an official statement affirming that police forces stationed on Hrushevskiy Street were not equipped with firearms and only used non-lethal weapons in clashes with civilians.

This statement by the Ministry of Internal Affairs surfaced after it had become known that three protesters had been killed. Two of them were shot by “‘ammunition intended for stopping moving transport’ – bullets of enhanced lethal force – and one was shot by buckshot fired at a close distance. The empty shell casings discovered by the journalists are further proof that the shooting of protesters was intentional and premeditated, as attested by the large quantity of used ammunition. It also confirms that the killings and shootings of protesters and journalists were not the acts of a sadist or an individual provocateur. Respectively, the order to shoot live ammunition was issued at the high authority level of the Ministry of Internal Affairs.

It’s possible that the decision to shoot protesters was taken by the top authorities of the State. This is why the executors were not at all afraid of the responsibility and didn’t even attempt to destroy the evidence (empty shell casings), which would have been done in the case of a single provocateur. It is worth noting that, besides live ammunition, police used gas and stun grenades that had nails and small metal objects wrapped around them to increase the damage. Samples and fragments of such enhancement were demonstrated by Andriy Parubiy at the press conference and were found by journalists in the “buffer” zone. 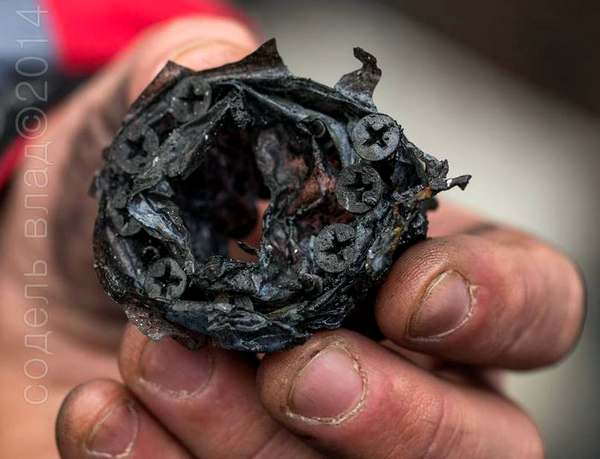 The pieces of the casing of gas and stun grenade Teren that has screws attached to it on the outside… They didn’t scatter away only because the criminal who “modified” it used too much scotch tape. Photo by Vlad Sodel

They used scotch tape to attach metal debris, nails, and screws to the standard gas grenade in order to enhance its devastating effect.

This is the reason why the Prosecutor General’s Officem (represented by a well-known specialist in forging criminal cases since 1990’s, the Prosecutor General Viktor Pshonka) was doing everything possible to avoid investigating the killing of civil activists by Berkut officers. And the investigation of this brutal crime in hot pursuit was not only feasible, but it would have prevented multiple subsequent acts of aggression on both sides, with dozens of severe injuries, the majority of them being among the protesters. The Prosecutor General Viktor Pshonka is in fact a criminal who covers up for the murderers. And this is why it’s a slap on the face for every decent person and law-abiding citizen to hear this corrupter, who betrayed his oath of allegiance and is a murder accomplice, talking about the “amnesty law” that has entered into force today.

Viktor Pshonka must end up in the same dock with those who gave orders to shoot live ammunition at protesters and to torture and murder Maidan activists. The priority for any government that will replace the “Yanukovych clan” should be to capture the murderers and sadists who tortured Ukrainian citizens during civil unrest and to make them face a public trial. The same should apply to the commanding officers of some territorial divisions of Berkut.

They, as evidenced by the events of the recent months, have changed  from law enforcement officials into gangs of sadists, murderers and looters. It is the commanding officers who should be directly responsible for the selection of staff and for cultivating patriotism and morals. We have now seen very different people dressed in the uniform of formerly legendary Berkut: cowards hiding behind the backs of immature youths from interior troops, morally degraded sadists who torture captives, shoot down doctors, kill demonstrators by means of self-made grenades, and more.

Considering that the Berkut is presumably the elite of the militia, one can easily imagine what the rest of the Ukrainian militia is like today: an armed rabble of slackers with an inclination for violence who receive their pay from criminals. In fact, these days, the militia of Ukraine is the only entity that easily “employs” such characters.  They are not capable of creative labor. They will never agree to work in a coal mine. The best way for them is the way straight to prison. Many politicians finally have to admit this apparent fact, as well as the burning need to do away with the whole system of the Ministry of Internal Affairs in its current shape. 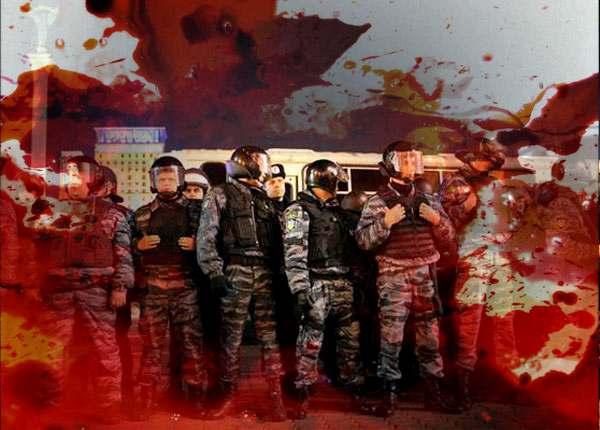 To the Ukrainian society at large, this has been obvious for a long time. Therefore, the military tribunal for those involved in the kidnappings, beatings, torture and murder of the Ukrainian citizens starting from November 30, 2013 should only be the beginning of the process of restoring law and order in our country. Clean-up of the existing staff and complete reform of the whole law enforcement system, aspiring to the best world examples, without sparing funds – this is what those who will come to replace Yanukovych and the Donetsk gang should devote their body and spirit (as goes the Ukrainian anthem). And it would be fair to finance these reforms through the assets confiscated from the Donetsk gang: those involved in fratricide of 2013-2014 in our country, from the families of Zakharchenko and Pshonka to MPs from the Party of Regions.