Dmitry Tymchuk, Head of the Center for Military and Political Research, Coordinator of the Information Resistance group, Member of Parliament (People’s Front)
06.09.2015
Translated and edited by Voices of Ukraine

During the last 24 hours, Russian-terrorist forces have carried out attacks on the positions of Ukrainian troops and civilian objects with small arms, 82-mm and 120-mm mortars, 122-mm artillery, and weapons on the armored vehicles.

In the seaside direction, insurgents used 120-mm mortars near Shyrokyne on previously reconnoitered targets (a high efficiency and density of fire has been observed).

In the direction of Donetsk, terrorists struck in the vicinity of Mar’inka with 82-mm and 120-mm mortars, AGS-17, and small arms. The work of snipers operating in this area has been noted. Also, anti-tank weapons have been repeatedly used on the strongholds of Ukrainian troops.

Insurgents have used 122-mm cannon artillery and 82-mm mortars (on transport platforms) in the vicinity of Opytne, Avdiivka and to their north (near Kirove and Leninske). 122-mm artillery has also been used near Semyhirya, Travneve, Holmivskyi, and the right flank of the Svitlodarsk bridgehead. According to IR data, these shellings were carried out by an insurgent artillery group that got transferred to the vicinity of Horlivka (at least ten D-30 guns and several ACS 2S1). In addition, an enemy armored group has been noted in the vicinity of Travneve (two tanks covered by four BMP-2).

Mobile groups of 82-mm mortars have been observed near Shchastya and Trokhizbenka and to the north (near Krymske and Novotoshkivka). These groups work “on call” with enemy infantry groups that operate at the front edge and in the “neutral zone” and identify the positions of the ATO forces. Insurgent mortar groups arrive after goals are identified, fire 5-6 times, and immediately change their positions.

The threat of a “subversive and terrorist war” has increased in the tactical rear of the ATO forces (the IR group has warned about this threat since the fall of 2014), where the number of recorded shellings and areas mined by the insurgents’  sabotage and reconnaissance groups has escalated. In fact, the demarcation line is invisible, and it is not that difficult for a group of trained saboteurs to bypass any ATO forces’ checkpoint. In the areas adjacent to “DNR” territory, the situation is aggravated by the position of the leadership of the Donetsk Regional State Administration regarding the “simplification of the permit regime in the ATO zone.” Because of this, there is an imminent threat of “subversive war” moving to the tactical rear of the ATO forces, which makes the Ukrainian troops’  military command, communications and logistics system units [a lot more] vulnerable.

• Up to 60 insurgents have been moved in cargo vehicles accompanied by two BTR-80 and a BMP-1 south of Telmanove.

• West of Ilovaisk, four MLRS units were observed moving towards Mospino. In Mospino, an armored group of 18-20 tanks has been seen.

• The transfer of three ACS 2S1 “Gvozdika” to the artillery group already deployed in the area has been observed in the eastern part of Horlivka.

• Insurgents continue to transfer armored combat vehicles (2-3 at a time) north of Luhansk towards Metalist and Stanytsia Luhanska. At the moment, a motorized infantry battalion with one or two tank companies has been transferred into the area (all of the equipment is spread out from Mykolayivka to Vesela Hora; insurgents operate in groups of 3-4 tanks, sometimes reinforced with 3-4 ACVs). 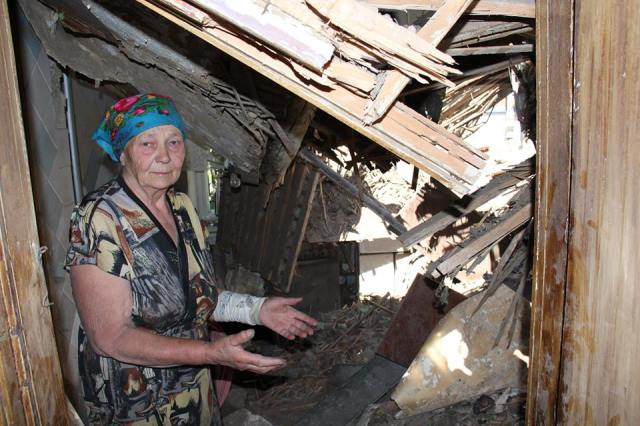