Donetsk separatists were preparing for war since 2009

Donetsk separatists from the terrorist organization DNR [Donetsk People’s Republic] were preparing for an armed overthrow of the constitutional order in Ukraine long before the events of 2014. This is evidenced by photos from DNR military training posted on social media networks back in 2009-2010. Even then, members of the terrorist organization were preparing to throw Molotov cocktails and learning to shoot firearms.

The group Donetsk Republic was registered in Vkontakte [Russian version of Facebook] in 2008, and a public organization with the same name in 2006. Photographs of the military camp, in which members of the organization were honing skills in street fighting, began to appear on the network in 2009. 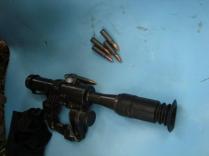 One of the leaders of the organization, Oleg Frolov (Shaman), is a former trader of pirated discs at the Donetsk radio market, Mayak.

Leader of the organization and Deputy Prime Minister of the DNR, Purgin (standing on the right below). 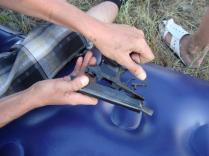 Training continued in 2010. Recall that in the beginning of this year in Ukraine the presidential elections were held and were won by Viktor Yanukovych. Their legitimacy is not questioned, and nothing had yet been heard about a “junta” in Ukraine, but the militants were already preparing to split Ukraine.

Separatists openly declared their own purposes long before Euromaidan. Here, for example, is the map placed by them on the web at the very beginning of 2013. Thus, it becomes clear that the cause of the uprising in Donbas was not Euromaidan, as the separatists say, but the  continuous subversive activities [funded] by money from the Russian Federation, which have been conducted over the past 7-8 years. 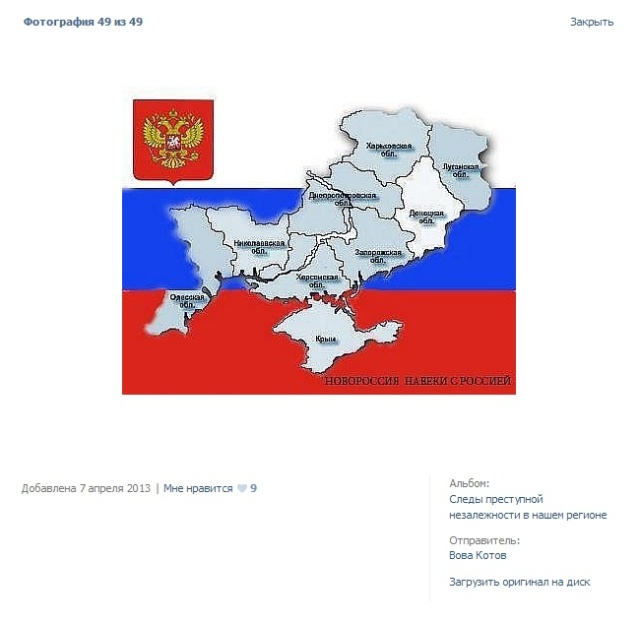 Donetsk separatists consisted of Alexander Dugin’s Russian neo-fascist organization “Eurasian Youth Union,” and they also visited the pro-Kremlin forum “Seliger-2013” in Russia, where they received money for their activities. Photos posted on the blog of one of the forum members:

The first actions taken by the separatists were actually held in Donetsk back in 2006. And even then, Purgin and his supporters openly called for joining the separatist movement. In their leaflets, they declared plans to establish a Donetsk Federative Republic within the territories of the Dnipropetrovsk, Zaporizhzhya, Kharkiv, Kherson, Donetsk and Luhansk regions. The population of the DFR was meant to have been–17 million people and an area–172K sq m. Reportage on the public action in 2006 was allocated to the resources of News of Donbas. 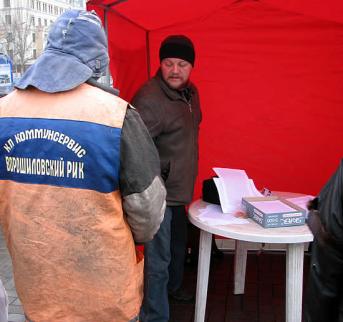 Alexander Dugin’s International Eurasian Movement published an interview with one of the leaders of the Donetsk separatists, Oleg Frolov, also in 2006.

For a long time, the organization Donetsk Republic received small amounts to operate its activities, which mainly settled into the pockets of the organizers. However, in 2014, members of the DR were involved via sponsors with the radical actions leading to the collapse of the constitutional system in Eastern Ukraine.

4 Responses to Donetsk separatists were preparing for war since 2009